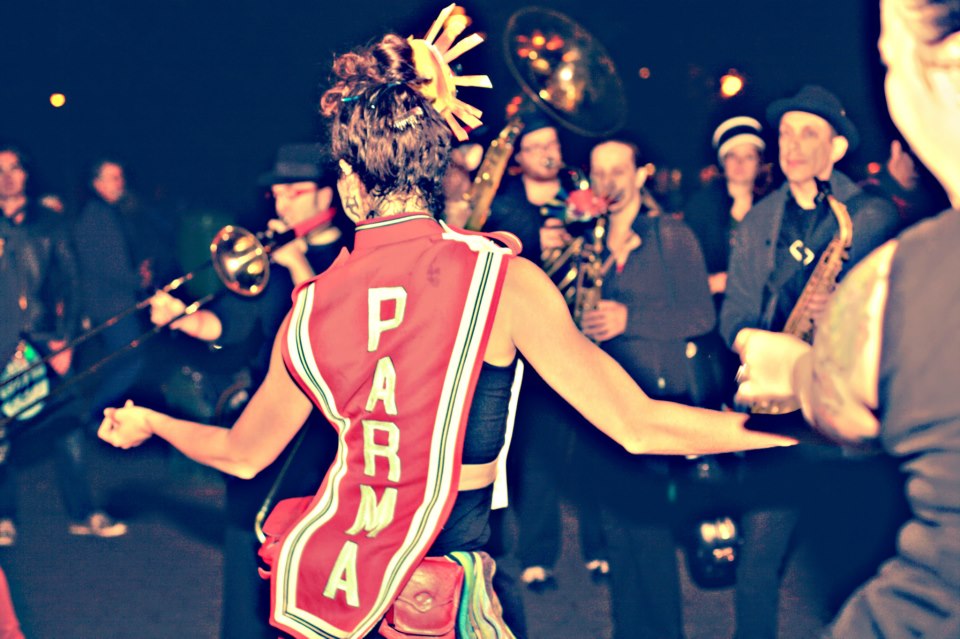 Celebrating over 20 years of bringing live musical spectacle to the people of New York City and beyond is Hungry March Band, a brass, percussion, and performance ensemble.

Founded in Brooklyn in 1997 for the Coney Island Mermaid Parade, HMB embodies the spirit of NYC’s streets with an inimitable brass sound and inspired, eclectic dance.

HMB has shared their creativity with audiences around the United States, South America, and Europe, where they’ve been embraced by a longstanding community of brass bands.

A unique sonic voice has emerged from the recording of their four self-released albums—one that melds their musical knowledge of big band, traditional, and free jazz, with punk rock and global brass influences.